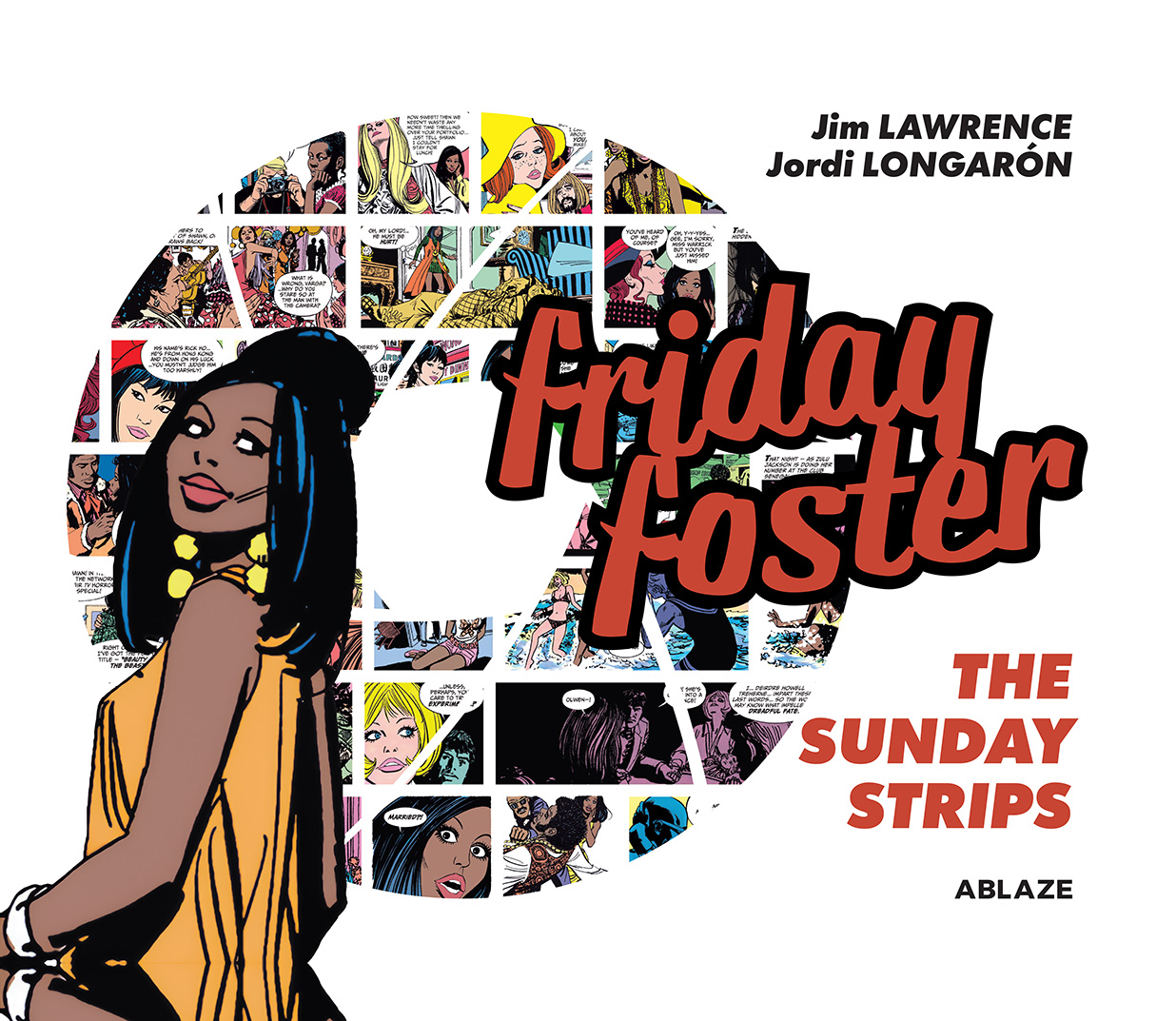 This collection has just about everything I'd want from a book about a little-known strip that deserves more attention. It's a beautifully comprehensive package and a compelling soap opera to read. I thought it was fantastic! -- comicsworthreading.com

"In the future, when rare, cult-favorite comic strips are collected, as they should be, I hope the various editors and publishers use the new Ablaze collection of Friday Foster as a template." -- forcesofgeek.com

"Friday Foster: The Sunday Strips is what casual and diehard fans of the comic strip need to have in their library. The stories, essays and interviews by the different writers more than entertains, they give the ultimate look at this hero. The art by the different artists are beautiful. Altogether, if you are looking for a gift for an old school comic book fan, this book more than suffices and offers a different protagonist who was ahead of her time." Story: 9.0 Art: 9.0 Overall: 10 Recommendation: Buy --graphicpolicy.com

"defintiely one of the best comic strip collections I've seen in a few years." -- kleefeldoncomics.com

"Ablaze does the strip proud with a hardcover collection featuring an interview with Longaron, a period-setting introduction, and two pieces about Lawrence all before the strips."-- theslingsandarrows.com
The Friday Foster comic strip is the story of a former nightclub "camera bunny" turned photographer's assistant turned fashion model. With an innate inclination to help others and a natural beauty that makes her a magnet for men, Friday often finds herself in some very sticky situations and world-class adventures. The strip is generally cited as the first mainstream (i.e. nationally syndicated) comic strip starring a black character in the title role and features a mixture of adventure and romance, often with social commentary thrown in for good measure.

For the first time ever, this book will collect and reprint the classic FRIDAY FOSTER (Sunday, color) newspaper comic strip created by James D. "Jim" Lawrence (of Buck Rogers and James Bond fame) and illustrated by Jorge "Jordi" Longaron then later Gray Morrow. The strip ran from 1970-1974 and inspired the 1972 Dell single-issue comic book and the 1975 movie of the same name starring Pam Grier. The book will also include a significant bonus section including multiple interviews, an expanded sketchbook section, artwork, photos, essays, articles, behind-the-scenes info, and more!
﻿