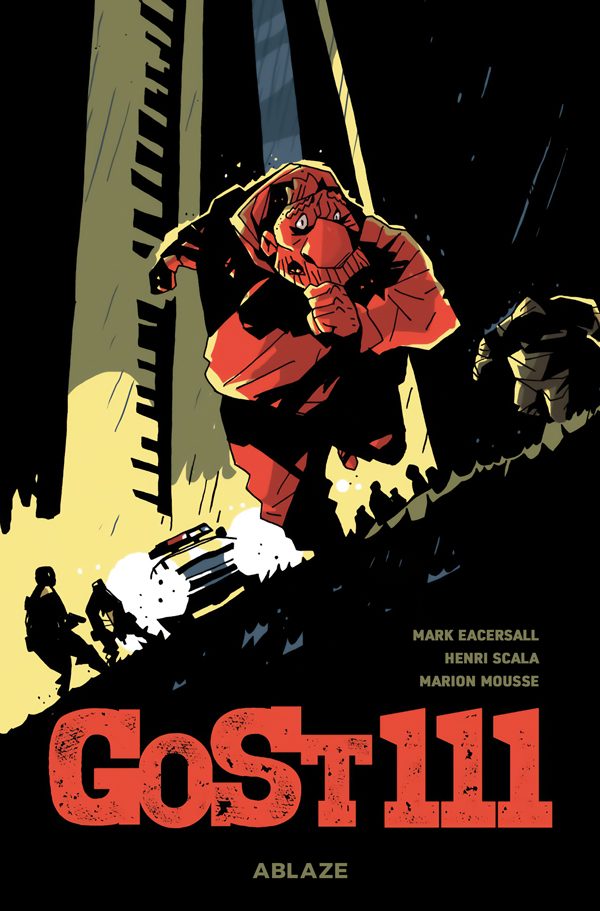 A dizzying dive into the world of police informants.

A model father but unemployed, Goran Stankovic accepts a shady job, gets arrested and has no other choice but to collaborate by becoming an informant. Stuck between thugs and the police, in a world of manipulation, Goran will have to play a perilous double game to get out of it. GoSt111 is as much a perilous thriller as a vertiginous dive into the unknown world of police informants.

A chiseled and hyper realistic dark story, brought to life by the expressive lines of Marion Mousse. Co-written by screenwriter Mark Eacersall, and Henri Scala, who was Commissioner of the French National Police for more than 20 years.