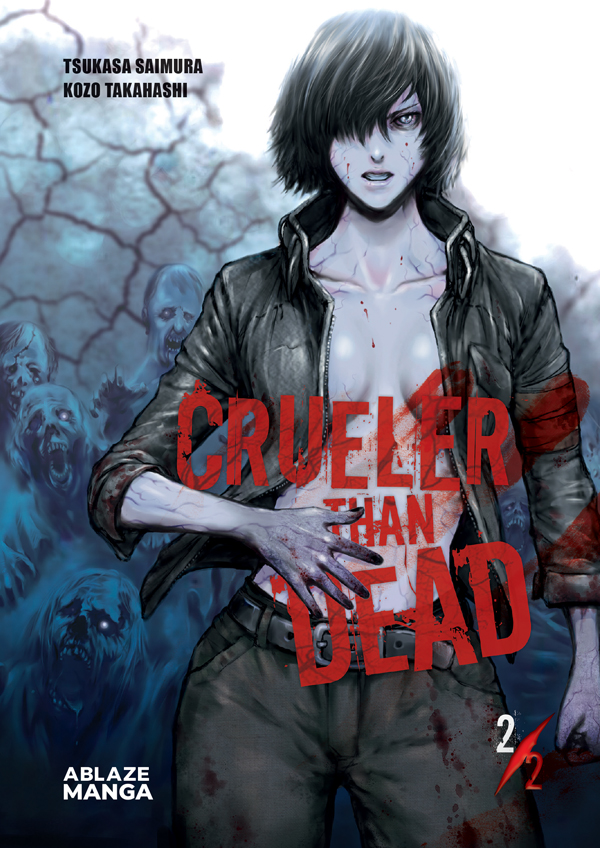 "engaging in ways you might not have expected" - animenewsnetwork.com

"the creators go for the jugular"- otakuusamagazine.com

"The first volume is a great beginning to an ambitious zombie manga. I had a surprisingly good time with this one, and can't wait for the next one soon! 4 out of 5" - gamingtrend.com

After a grueling and dangerous trip, Maki and Shota finally make it to the Tokyo Dome, the largest refugee camp in the entire Kanto region and one of the last places to survive the zombie outbreak that has overwhelmed the whole world.

Maki, who brings with her the remaining doses of the vaccine developed at the Gunma Pharmaceutical Center where she woke up in the first volume, is taken care of by the people in power in the Dome, where a handful of privileged people under the leadership of Colonel Shimamoto live in luxury, while the majority of the survivors are forced to survive in appalling conditions.

Shota and Miura are thrust into the difficult daily lives of survivors who do not have the chance to be privileged. Miura is assigned to a work team while Shota befriends the leader of a gang of children...

Inspired by Katsuhiro Otomo (Akira), The Walking Dead, Romero classics, and new zombie films like 28 Days Later, Crueler Than Dead delights in the meticulous detail of decomposed flesh, with a wicked and hungry eye...evoking a modern vision of a zombie world that is terrifying and tension filled.