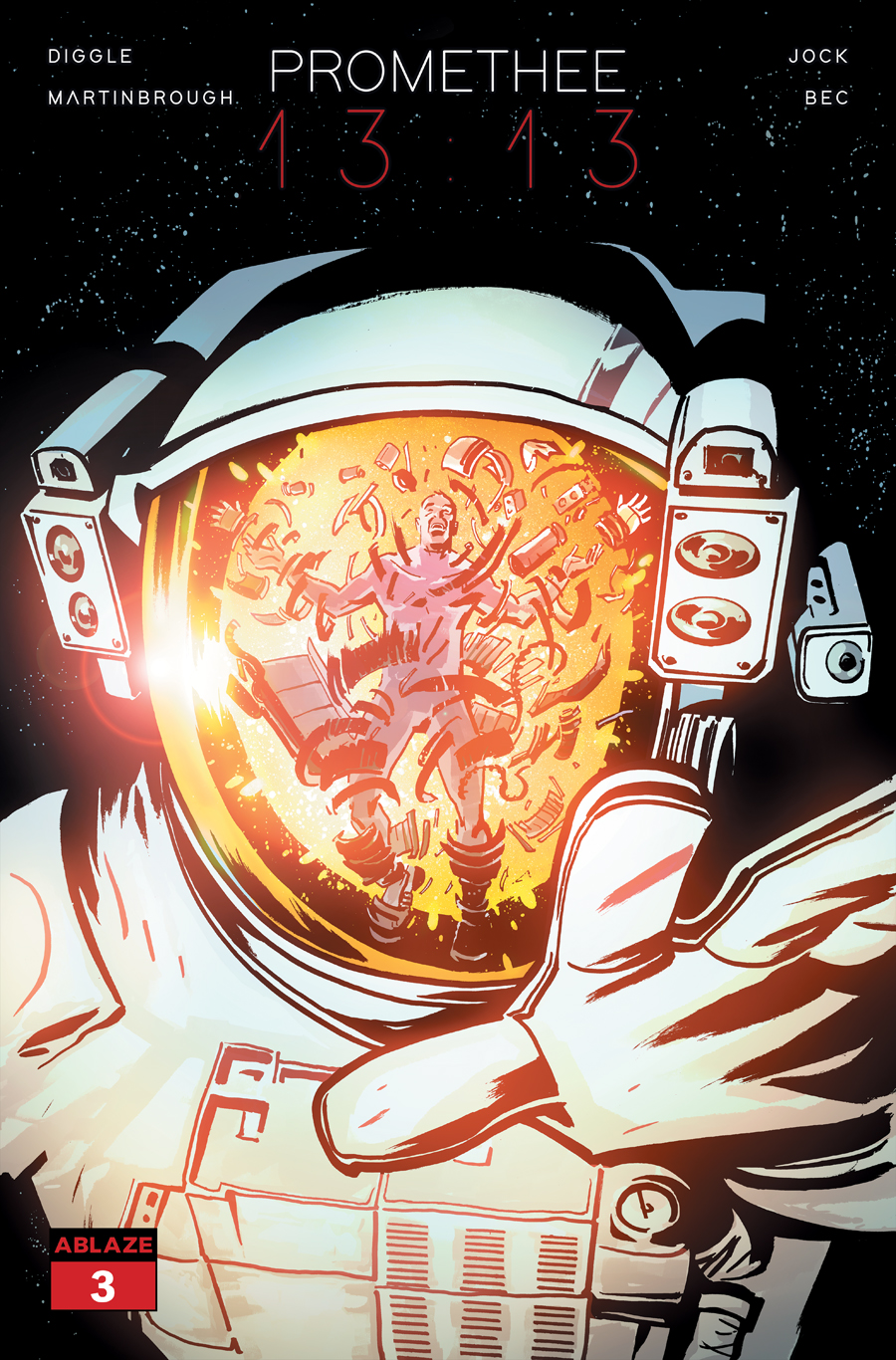 The Atlantis crew makes a terrifying and baffling discovery as they explore their new surroundings. One that already has and can once again turn deadly. Meanwhile, Darla, with the aid of her captors, makes a startling discovery of her own that may result in the cost of even more human life! Andy Diggle (Green Arrow: Year One, James Bond, The Losers, Hellblazer), Shawn Martinbrough (Thief of Thieves, Batman: Detective Comics, The Black Panther, Hellboy), Dave Stewart (Hellboy, DC: The New Frontier, The Umbrella Academy), and Jock (Batman, The Losers) bring you a psychological sci-fi horror comic full of alien conspiracy... Promethee 13:13 tells the thrilling fast-paced space drama leading up to the moments of September 21, 2019 at 13:13. 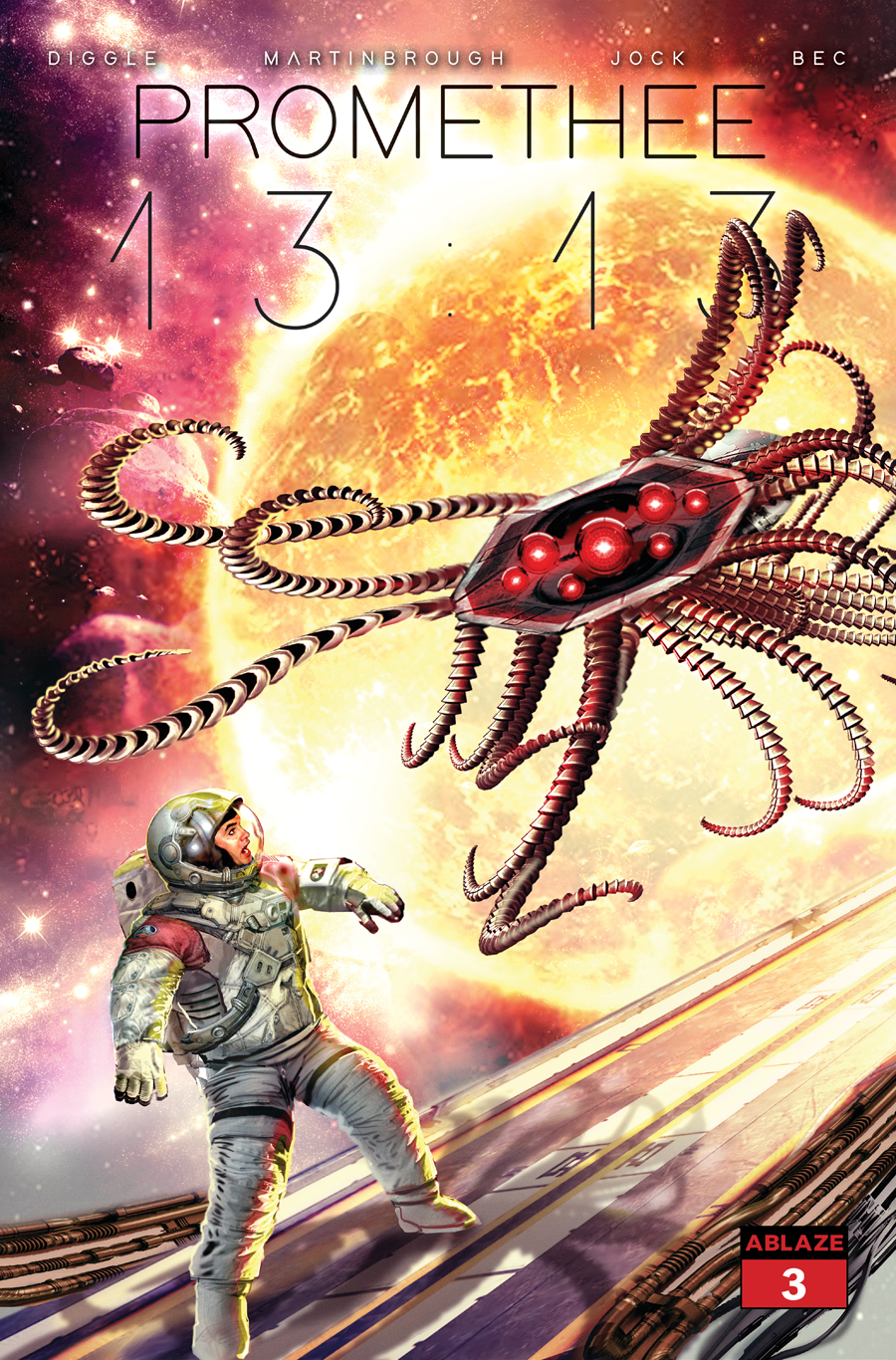 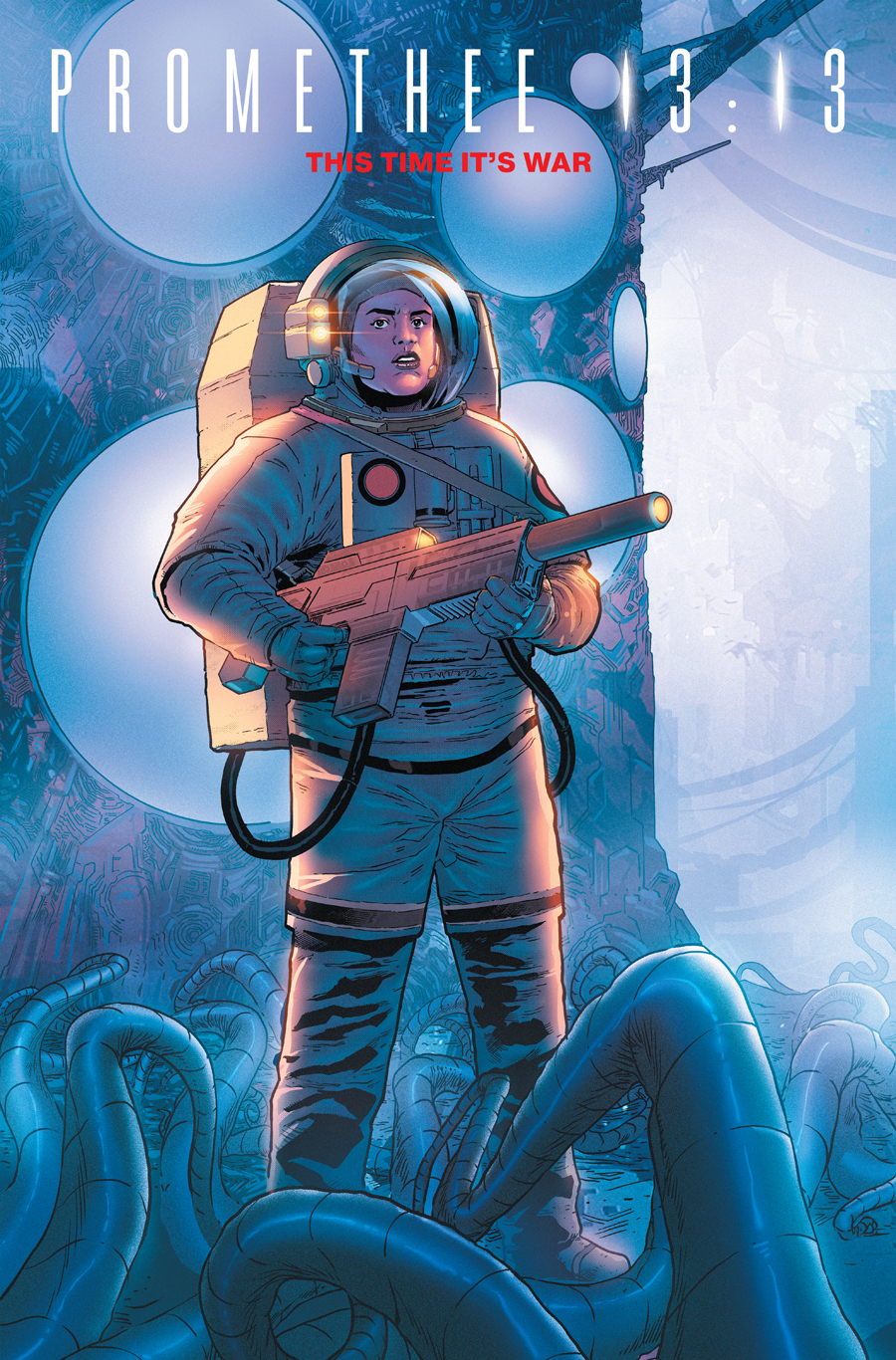 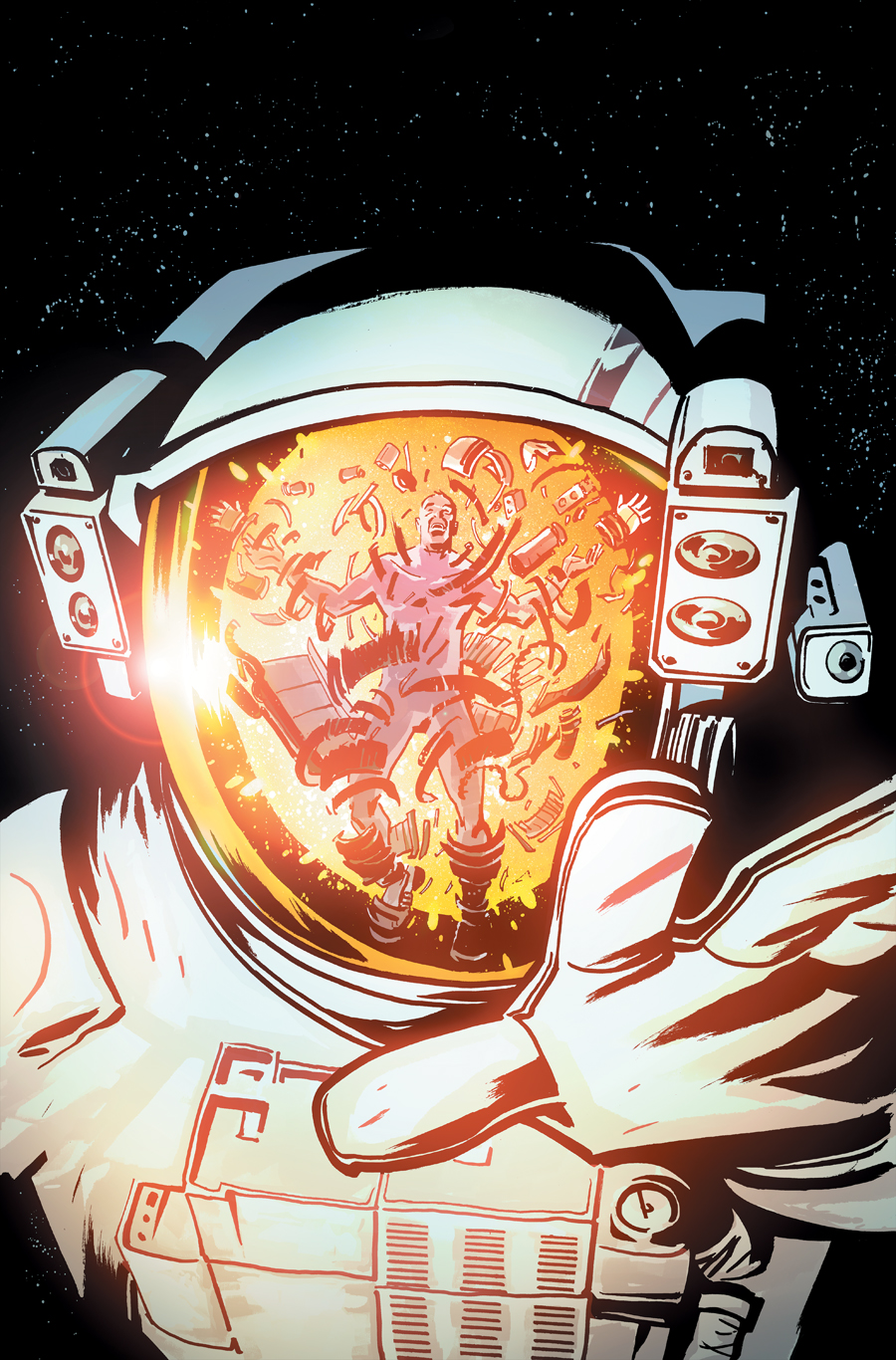 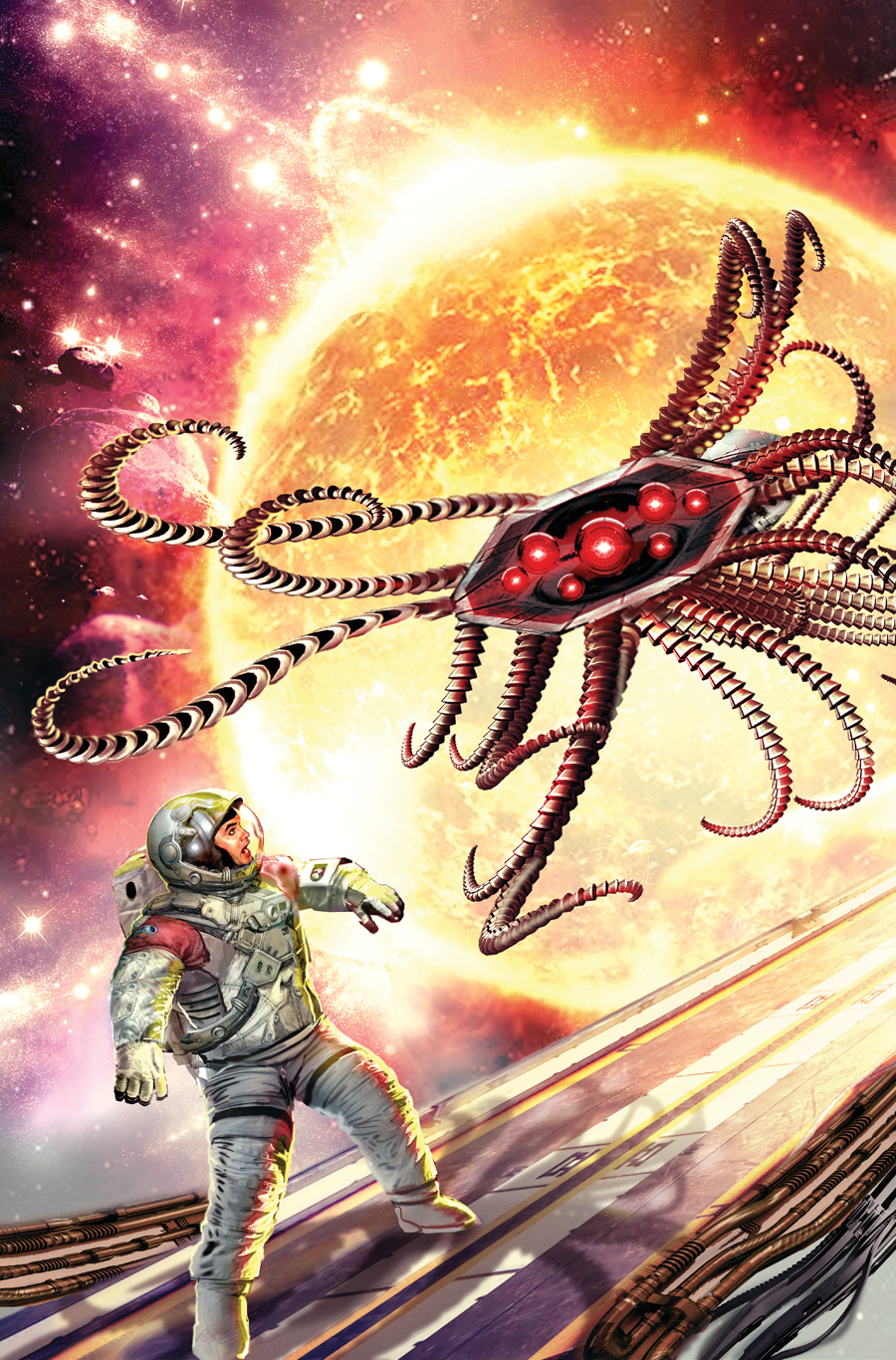 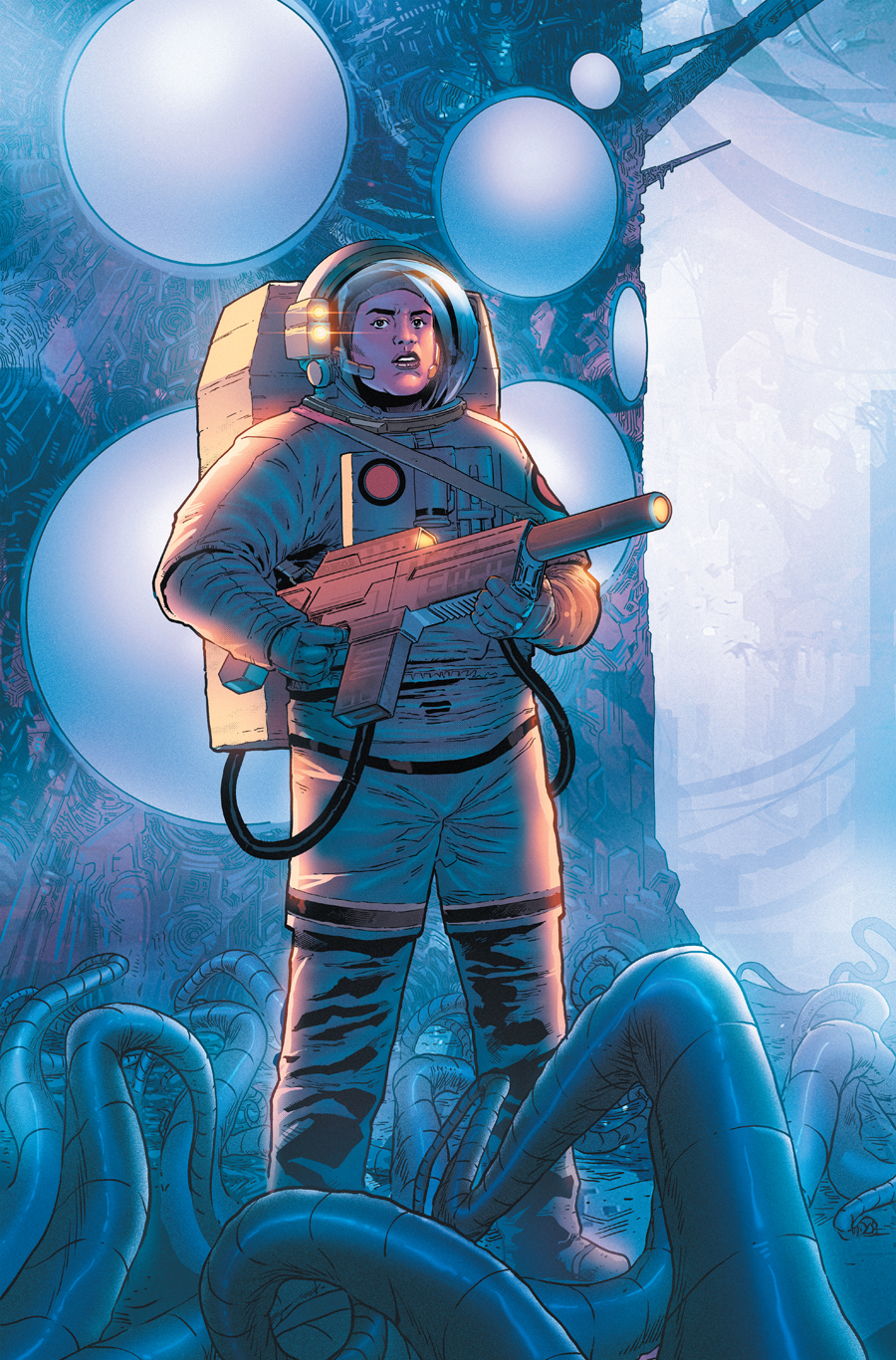